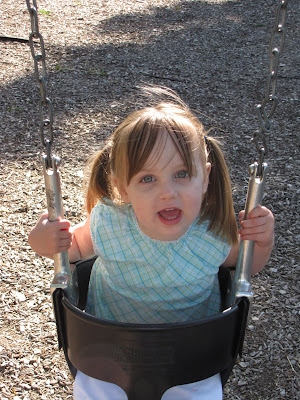 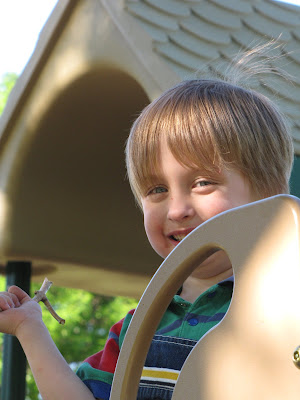 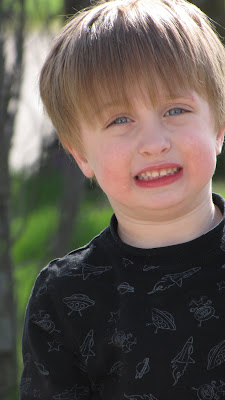 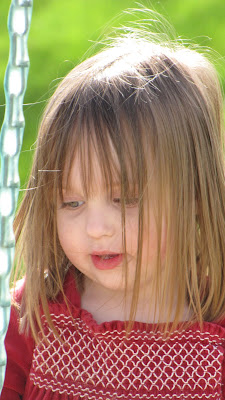 Nathan took lots of photos while I was laid up. Here are a couple of them. We went to the park and took tons of photos yesterday. We’ll post them once they are off the camera. I didn’t get around to doing any baking/cooking yesterday. I’m feeling more motivated today. I have one casserole done and I’m getting ready to start another one. Then I’ll bake some cookies. After that I plan to go on a long walk (taking Nathan’s phone with me should I get to a point where I can’t move!).

Oh, and by the way, yes, I’m still pregnant. Looks like we may have a June baby afterall!

Chris asked me in a comment yesterday about why my ticker still said 21 days when I was considered full-term. There are probably other people who might be confused. So, I thought I would do a basic run down on due dates. Hopefully this wont be too much information for any of you (ahem, Dad). I’ll try to be sensitive.

Here’s how it works. At least this is my understanding.

At your first OB appointment, the doctor gives you an EDC (estimated date of confinement). That’s an old fashioned word that we translate to mean “due date”. It is calculated out approximately 40 weeks from the first day of your last cycle. It’s kind of crazy because in about 99.9% of cases this means that according to that math you are anywhere from 1 day to 2 or 3 weeks “pregnant” before you actually are, in fact, pregnant. The reason it’s calculated this way is because there is no way to actually be completely 100% positive on what day you actually conceived without having an ultrasound done on that exact day. I don’t know who decided that 40 weeks would be considered the benchmark, but I think I read somewhere that’s the average point where most women will deliver (give or take a week or two) before the placenta starts to break down.

Isn’t 40 weeks actually 10 months? I thought pregnancy lasted 9 months. I’m so glad you asked!
40 weeks would be 10 months if all of our months actually had exactly 4 weeks in them. As it is, we only have one calendar month that has exactly 28 days. For example, I think we would agree that Jan 1- June 30 is 6 months. If we went off the assumption that each month had only 4 weeks in it, we would say that would be 24 weeks. That’s actually wrong. There are almost 26 weeks (one day shy) in those 6 months. If you think of months in those term it makes a little more sense. Also, remember, the doctor has started counting before you are actually pregnant and a due date isn’t exact science. It’s an educated guess. Does that make sense?

What’s the deal with 37 weeks then?
I’m not sure why most doctors consider 37 weeks full-term. I think it’s a combination of the fact that most babies lungs are fully developed by that time and that the due date is an educated guess. It’s usually the earliest that a doctor will do an induction if there are no other medical complications for Mom or baby. It’s also around the time when, if you go into labor, a doctor will not try to stop you from delivering. Full-term means the baby is pretty much all developed and ready to go and the doctor will no longer consider your baby a preemie at this point. The baby is just putting on extra fat. So, full-term doesn’t refer to reaching your due date. It refers to reaching 37 weeks.

I’m sure I’m missing something, but that’s the basic explanation. It’s not all that technical. It’s how my non-medical brain understands the process.

For the first time in 3 pregnancies, I’m full-term. I think. At least I am according to my medical chart. This is the only pregnancy for which I had an ultrasound at my initial OB appointment. My doctor wanted to be sure how far along I was and early ultrasounds are the most accurate for that. The farther along you are, the more genetics takes over. Anyway, I went in thinking I was 12 weeks and came out with the news that the ultrasound said I was 13 weeks. So, who knows how far along I really am in comparison to Audrey since I didn’t have an early ultrasound with her. If I went by my own calendar calculations, I would still have 5 days to go until reaching the point where I had Audrey.

Regardless, I’m in a safe zone! Anytime this baby wants to arrive, we wont stop him. My latest guess is that he will arrive next Wednesday. That’s the day after my birthday.

We played outside in the sandbox today. Ethan and Audrey love digging in the sand and blowing bubbles. The weather has been beautiful today. We all napped for a couple of hours after lunch. Now, I’m just wasting a little time before Nathan comes home from work. I put in a request for Chinese for supper. We’ll see how that works!

Ethan earned his bear for finishing book 1 for AWANA cubbies. He was very proud of himself and loved his award!

We have more footage than this, but I thought I would post this first. Ethan was looking for Nathan so he was so sad standing up there. Once Nathan moved into view, you can see a difference. Maybe next year he will actually sing the song and say the verse. This is one of the first times I’ve seen Ethan get shy! 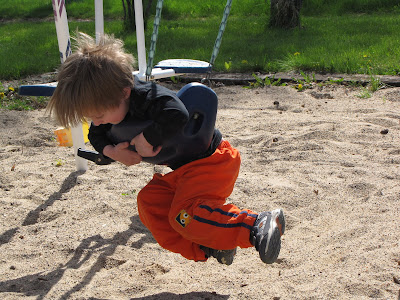 Tomorrow is the first time I’ll be on my own for the whole day with the kids since I started bedrest. That was a long time ago! I hope they go easy on me.

Liz was here the last two days. She has been a great help. The kids have never had so much interactive play time with adults. It will be a shock to them to have to do more playing on their own!

My back is really hurting. Just normal pregnancy aches, but I still don’t like it. I think I’m regaining my strength though. It doesn’t tire me out as much to be on my feet. My back is sore, but I don’t feel like I need a break nearly as often as I did last weekend. I’m missing my mom more as the days go by. It has been 16 months. Audrey was 16 months old when Mom passed away. Mom would be enjoying her so much. Audrey is such a spunky, smart and beautiful girl.

In other news, my birthday is next week. What are the odds that I’ll share my birthday with our baby?

I had another appointment today.
I’m still where I was a week ago. With 5 days off of bedrest, I have not progressed at all. I’m not quite 37 weeks yet, so it’s alright. It just makes me wonder if I really needed that many restrictions. Better safe than sorry though.

The doctor did say that the baby didn’t move away when she checked to see how dilated I was. I’ll take that to mean that he is closer to a 0 station than -1. That a little lower than a week ago. I also gained 5 lbs since last week. I have no idea how that is possible, but the scale at the clinic is digital. It’s hard to fudge those numbers.

Nathan and I went out last night. Liz was home with the kids so we took advantage of having her here. We ate at Rey Azteca. It was really yummy food. I probably ate too much (hmmmm…. maybe that’s where the 5 lbs came from!). After dinner we went to see Star Trek. The movie was really good, but I was in excruciating pain. I could not get comfortalbe in those chairs. My back hurt so bad. Near the end of the movie, I went to use the bathroom and came back and just stood near the wall for the rest of the movie.

I’m going to work hard to enjoy the time we have now before our last baby is born. It’s miserable just sitting around hoping for progress. I’m switching into the mode of trying to work on things I wont be able to do later. 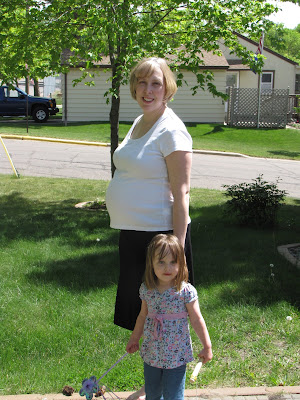